This 2-year film course covers the art of film making and storytelling and includes the essential skills of cinematography, scriptwriting & photography

Why choose this course?

The Higher National Diploma in Film is designed to give you the opportunity to express yourself through the medium of film.

The programme combines an emphasis on the art of filmmaking and the visual representation of story with the development of technical, organisational and production skills.

It consists of five main areas: practical camera and lighting, theory and analysis, art direction, production management and postproduction processes. There is an emphasis on visual language and cinematography. You will be encouraged to examine the variety of styles of filmmaking, both contemporary and historical.

What will you study?

What do you need to apply? 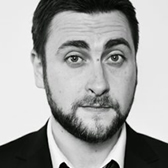 In 2015 I began my first course in BCFE in Television and Digital Film (ITC). It had been 15 years since I was last in full time education and as a mature student I was unsure how I would fare. The course gave me an introduction to many elements of film making, from photography and editing to screen writing and live TV production. I found the teaching staff to be friendly, dedicated and highly skilled. BCFE gave me the skills needed to produce the stories I wanted to tell, and the skills I learnt enabled me to progress to the HND in Film Production (IFH). Two of the highlights of my year were our end of year exhibition of our films and photography and being given the opportunity of producing a live studio piece in the college.
Noel Aungier
ITC Television – Television and Digital Film Level 5, IFH Film Diploma (HND) Level 6 Higher