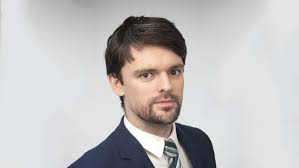 The HND in Journalism graduate is already a familiar face on television as he’s been working as a TV reporter on Prime Time since 2012.

While still a student at BCFE he founded thestory.ie, a blog focused on data journalism and information transparency and edited the campus newspaper, for which he and the publication won a national Student Media Award (Smedia).

We wish Mark well filling in for David McCullagh, who took up a new role as presenter of RTE’s Six One last week. Mark is very active on social media where you can find him @mark_coughlan

BCFE journalism graduates can be found working across all platforms, as broadcasters, TV producers, sports journalists, copywriters and more recently in content and digital marketing positions that require a grounding in multimedia journalism with advanced social media skills.