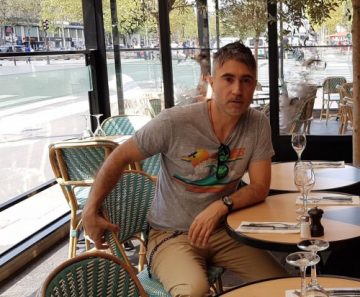 Congratulations to BCFE law lecturer Bruno Gontier on the publication of his first novel.

Jeanne de Vixouze was first written in English over two summer breaks and then translated into his native French during the first lockdown.

The lesbian love story set in 14th century France has just been published in French by Editions Complicites, a Parisian house that publishes novels, essays, biographies, as well as works of scientific and cultural value.

Originally from Paris, and a graduate of universities in Paris and Edinburgh, Bruno has been teaching law in BCFE since 2001.

He’s a man of many talents: fashion blogger, amateur flute and guitar player, and founder of www.facialfitness.ie.

We’d like to wish Bruno well and look forward to reading his novel which is now available on amazon and Editions Complicites.