Everyone at BCFE would like to extend heartfelt congratulations to Susan Sweeney (pictured below) who won Future Illustrator 2019 and Dominic Barnes (pictured second below) who picked up third prize at OFFSET this year.

Future Illustrator 2019 is a partnership between OFFSET, The Irish Examiner and Chemistry to give budding illustrators a chance to get their work seen at OFFSET and published in a national newspaper. Entrants had to develop an illustration which could be used as part of an editorial feature in the Irish Examiner. The feature was about Brexit.

Both Susan and Dominic are first year students on the Higher National Diploma in Graphic Design at BCFE. They were presented with their prizes on stage in front of two and half thousand design delegates from all around the world. Their winning images (featured left and below) were then featured in a full page article in the Irish Examiner (Susan’s work was also featured in the Donegal Democrat).

All the entries to this prestigious competition can be viewed on the Chemistry Website.

Applications for the Higher National Diploma in Graphic Design are now open. 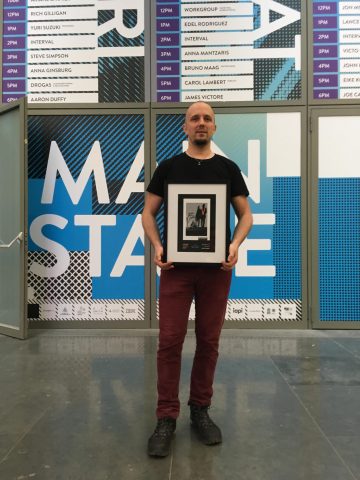