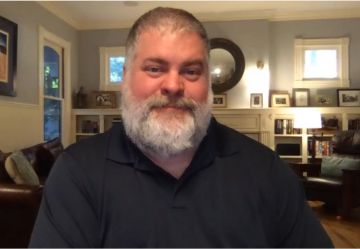 Dean DeBlois is one of the world’s leading animation screenwriters/directors. He wrote and directed ‘Lilo and Stitch’ and the ‘How to Train Your Dragon’ trilogy. He has been nominated for an Academy Award several times.

On 24th February, Dean kindly spent two hours chatting to animation students via Zoom. It was a very casual affair, and was made up of a Q&A session. In doing so, the students were able to garner a broader understanding of how he writes, creates, directs, gets his inspiration from and so on. The students asked Dean the questions themselves rather than them being posted in a ‘chat’ and having them read out. A bit of craic was had by all and finished with Dean requesting that we “do it again some time!”