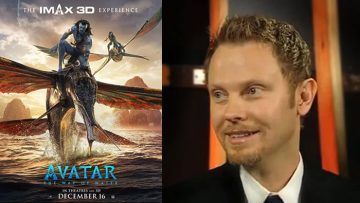 Avatar: The Way of Water’s Richard Baneham – an Oscar winner for his work on the original movie – is among the Best Visual Effects nominees. Baneham originally trained as an animator  here in BCFE.

The Banshees of Inisherin and An Cailín Ciúin are also among the nominees.

Ireland has enjoyed a record-breaking year at the Oscar nominations with The Banshees of Inisherin writer-director Martin McDonagh, the film’s stars Kerry Condon, Colin Farrell, Brendan Gleeson and Barry Keoghan, Aftersun’s Paul Mescal and An Cailín Ciúin among the Irish nominees.

The Banshees of Inisherin writer-director McDonagh is nominated for Best Picture, Best Director and Best Original Screenplay among his film’s nine nominations. McDonagh is a previous Oscar winner for his short film Six Shooter.