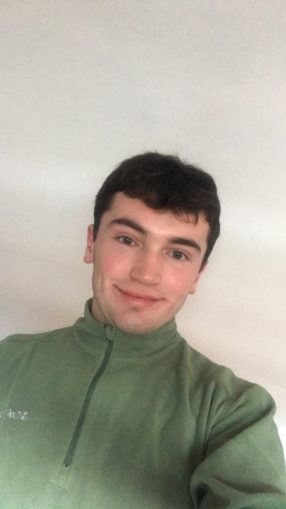 Dean Nolan was a student at Ballyfermot College of Further Education from 2020-2021, completing the Travel with Business Level 6 Advanced Certificate. See below for his comments on the Washington Ireland program, and generally how he felt supported by staff at BCFE during the pandemic:

“During what was a difficult time for everyone and when everyday remote learning was a thing, the college and staff supported me in so many different ways. Teachers would regularly check in to make sure that students didn’t feel under too much pressure or stress and to help us progress in our studies. Through the college scheme I was given access to a laptop which helped me with my assignments and other coursework during the pandemic’s different levels of lockdown. This gave me the opportunity to expand on my IT skills and I learned how to use Microsoft Word, teams, Office 365 and PowerPoint. The college helped motivate and inspire me to work hard on various tasks and assignments.

With the help of my teachers at BCFE I was accepted to the Washington Ireland Program in June 2021 which has opened many new doors for me. The program allowed me to debate and discuss issues of the day with some of the most aspiring young people in law, politics, sustainability and business in Ireland. I am currently working in the Dalata Hotel Group after a college speaker put me in touch and now it’s about working hard to progress in the company and expanding on my skill set. Once again I am so grateful to the faculty at Ballyfermot who have taught me that through hard work and determination opportunities will present themselves and you just have to go for it!

Role of the Washington Ireland Program:

The program was set up in 1995 to bring together young people from Northern Ireland and equip them with a key set of skills so as to become leaders of the future. 21 years later the program has expanded to allow people from all over the island of Ireland to enroll in the hope that dialogue and openness can maintain peace in Ireland. Successful applicants are given the amazing opportunity to speak to and hear from leaders from the worlds of business, politics, sustainability, etc. and gain an insight into their role within their organisation and its operations. Pre COVID-19 students would head to the United States for several weeks where they would intern for different offices within society like trade unions, business headquarters and in government departments. An example of some of the offices WIP interns previously worked in are The White House, World Bank, Habitat for Humanity and the Congressional offices of Hilary Clinton and Barack Obama. The most notable of Alumni is Leo Varadkar from the class of 2000 who went on to become a TD, Minister, Tánaiste and Taoiseach of Ireland. The program is a great opportunity for young people to get involved with shaping the future of Ireland and meeting amazing and influential people from around the world. I would highly recommend applying for the Washington Ireland Program and giving yourself the best start to a future career in a leadership role”.