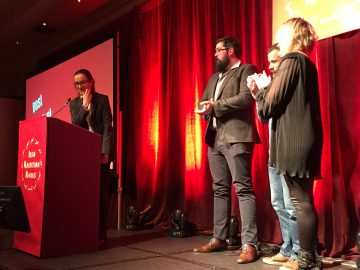 The trophy cabinet is filling up for the Define Intervention production team who have already won the Royal Television Society Award for Best Animation. They have also been nominated for an IFTA alongside leading animation production companies.

Earlier in the Festival, BCFE Animation Student Chris Craig won a 6 month Internship in Jam Media when he won the Pitch Competition at the festival against 6 other finalists, short-listed from over 70 entries.