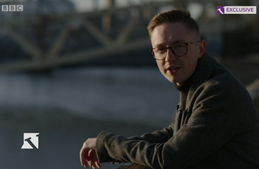 Simon has just started presenting on the internationally seen BBC News Channel and working as a reporter and producer on the BBC’s flagship day time news show, The Victoria Derbyshire Programme, which airs each weekday at 10am on BBC Two Television.

Simon is also a producer for Sky News and Channel 4 News. Simon Says “I really found my feet during the two year radio course as it was so hands on and practical. The lecturers are so encouraging and supportive of work placements and they have the network to help you get your foot in the door of Ireland’s biggest broadcasters. It’s so important to put the theory learnt in lectures into practice in the workplace as it’s the only way to get a start in the industry. Ballyfermot are so encouraging of this and I’ll always be forever grateful for their drive to get me into the workplace”.