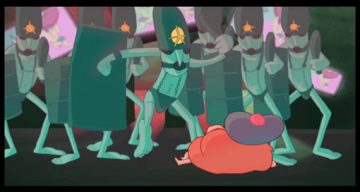 Lynn O’Reilly and Elif Boyacioglu, accept the award for the Student Animation Category at the Royal Television Society Awards. Unfortunately Francesca Saunder was in absentia. The judges felt it was a well crafted animation with great attention to detail. They said it was a

Congratulations to the students. And many thanks to the organisers and sponsors of the Royal Television Society Awards.

Finally, congratulations to the winning teams. Many thanks to the sponsors, organisers, and volunteers at Animation Dingle for their support. A full list of films can be found here.