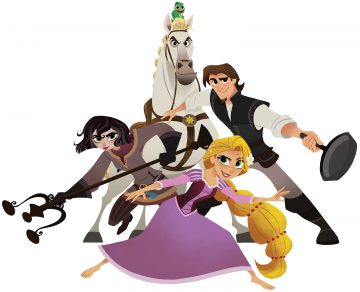 Well done to BCFE Animation Graduate Tom Caulfield for his Daytime Emmy Award (Outstanding Individual Achievement in Animation) for work as storyboard artist on the Disney Channel Television Series “Tangled Before Ever After”. Tom has previously worked on The Book of Life (2014), The Illusionist (2010) and The Secret of Kells (2009) for Cartoon Saloon.

We also congratulate two former BCFE animation students, Cathal Gaffney & Darragh O’Connell, founders of Brown Bag Films. Both will be presented with the Jimmy Murakami award at the Dingle Animation Festival this year for their outstanding contribution to the industry. Brown Bag Films has earned numerous awards and nominations including fourteen Emmy Awards and two Oscar nominations.

Cathal and Darragh will be joining an elite group of former students who have the dual honor of receiving the Jimmy Murakami award and being nominated for an Oscar including Richie Baneham (Oscar Winner) and two times Oscar nominated Tomm Moore.