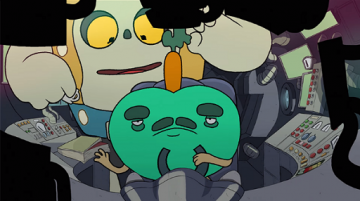 Animation Graduates Receive IFTA Nomination for the animated short they produced in BCFE entitled Define Intervention. The team is made up of graduates of the BA (Hons) Visual Media in Animation Sean Cunningham, Patrick Kavanagh, Padraig Byrne & Nicole Storck.

The story is about an Irish priest who comes face to face with God, Jesus Christ and his own inner struggle with faith. Of course, none of this turn out to be what he expected. Define Intervention is also an over the top sci-fi adventure.

The Siege of Jadotville

Finally, we would also like to wish the production team of “The Siege of Jadotville” the best for their 5 nominations including best picture. Furthermore, the film is based on a book one of our staff at BCFE – Declan Power – wrote.