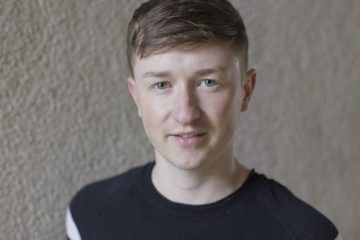 BCFE Radio Stars of the Future

There have been SMEDIA nominations for BCFE radio students in three categories. A big congratulations to Simon O’Leary (pictured left) and Jessica Cowley (pictured below) for impressing the judges at the National Student Media Awards (SMEDIAs). Jessica was nominated for Radio DJ of the Year for her work on BCFE FM, where she was station manager. She is currently completing the BA in Media Production Management (BAMPM) at BCFE and is Plan B’s producer at Spin 1038. She is absolutely thrilled with herself: “It’s a wonderful feeling to be recognised for the work and progress I’ve made at BCFE.”@JesikaMary_JM

Simon O’Leary has been nominated in two categories: Radio Production of the Year – News and Current Affairs and Radio Journalist of the Future. His scoops included extending maternity leave for parents of premature babies; the difficulty gaining access to the HIV prevention pill PrEP; and the struggles young adults face leaving residential care. Simon is also completing the BAMPM at BCFE and was Google News Fellow in 2017. He says these nominations are a perfect way to wrap up final year: “It’s a huge honour to be noticed for my work which BCFE helped me progress towards through the years.”